The client is a niche Financial Services IT Consultancy in London. The client had been requested by one of its own clients to develop a prototype “personal wealth management” web site based on a best selling book.

The project had a limited, inviolable budget and short timescale.  Access to the end-client was also highly restricted.

Our brief was to establish the project according to Prince II principles. The project was to use some in-house resources, in New York and London, whilst subcontracting the bulk of the effort.

Initially we followed a standard process of confirming the project brief and then developing the Project Initiation Document (PID) based on the Prince II methodology. This included developing a detailed MS Project schedule and associated financial budget, developing standards for reporting and documentation and implementing configuration management processes to manage project deliverables.

There were two significant additional activities during the start up process:

We identified the geographical spread (US, UK and India) of the project as a further major risk to the project, especially in view of the aggressive timeframe. The best means of mitigating the risk was to ensure that responsibilities, communications mechanisms and expectations were defined and understood from the outset.

To achieve this we: 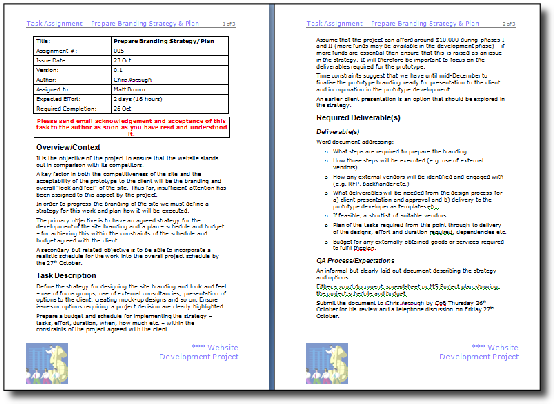